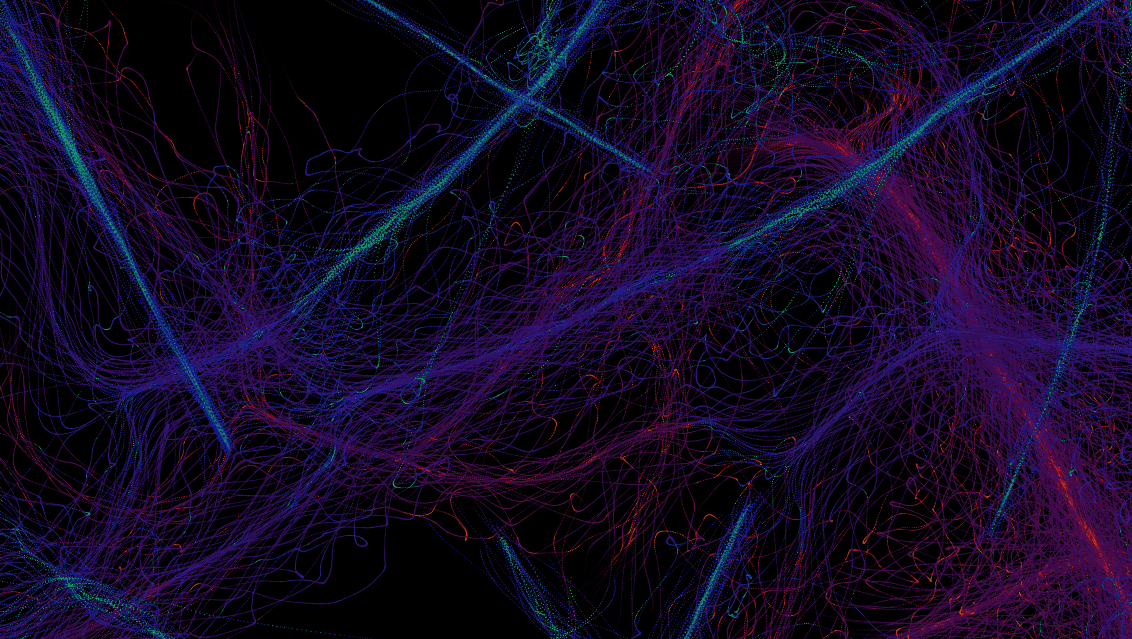 As a collaboration between Social Dynamics Research Group at Bell Labs in Cambridge, UK, HeartBees is a nature-inspired biofeedback visualization system. It makes use of physiological data obtained from smartwatches, and maps them into one of the eight basic emotions. The visualization is based on the Boids model, which is an approach to simulate the aggregate motion of a flock of birds, a school of fish, or a swarm of bees. In a similar vein, HeartBees simulates our collective emotional behavior, and it does so in a playful and privacy-preserving way. HeartBees has the potential to unlock a wide range of applications including the workplace. Such a system could be installed at the office, and would allow immediate feedback of its collective atmosphere.

The online demo illustrates eight different emotions that are considered to be primary in humans according to the psychologist Robert Plutchik. Following our research and user studies about the anthropomorphism, environmental psychology, biophilic design, we have implemented an agent-based model to simulates the behaviours of bird flocks; using the deviation of synchrony as a metaphor to express human emotions at an aggregated level.