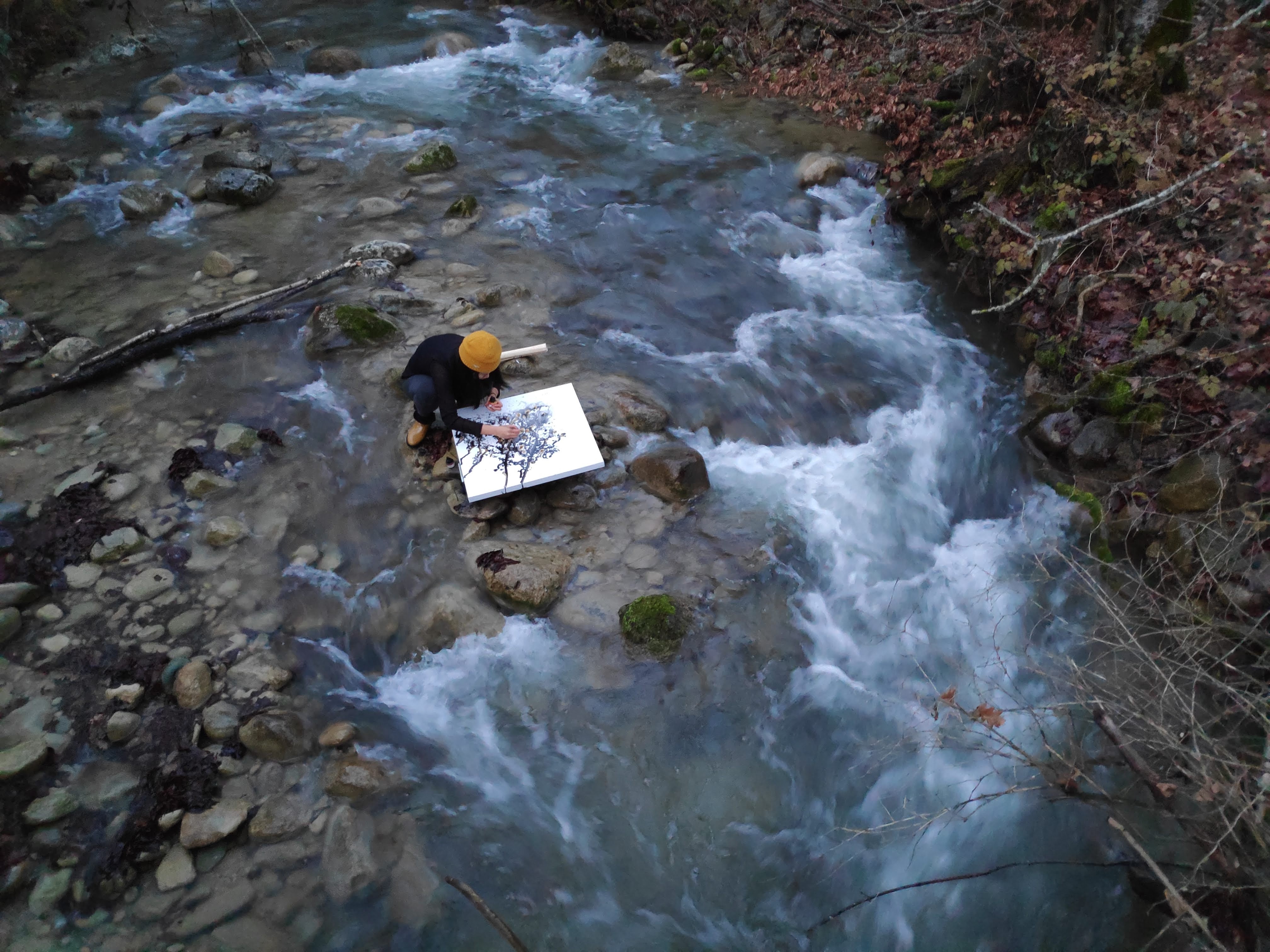 Quantum Embodiment began as a thought experiment during my MA at the Royal College of Art to update the narrative of fundamental science integrating feminist theory and indigenous cosmology. My research question comes from what had puzzled me throughout my previous chapter as a physics student: how can we fully comprehend nature while being part of it ourselves?

‍Among many cosmologies that emerged and co-evolved in the world, science has specialised in gaining  knowledge about nature from external measures of space and time, i.e. observation and experimentation. While the externality of science creates the individuality between the ‘observer’ and the ‘observed’, everything we have learned through science is the reflection of how we see ourselves in the “cosmic mirror”. What makes quantum physics incomprehensible for all the leading scientists in the early 20th-century is the resistance to considering reality as an individuation-within-and-as-part-of-the-system; this is where we have been stranded, as we miss a phenomenological dialogue and first-person description of nature that could propagate in the perceptual evolution.

“To be in love, means to be worldly, to be in connection with significant otherness and signifying others, on many scales, in layers of locals and globals, in ramifying webs….”‍
Donna Haraway

Illusion of Separability, a performance describes an intimate collaboration between the artist and the river La Serine, where the water bodies are profoundly entangled beyond the visible space-time. The artist blends into the landscape and the river becomes the artwork. There was a moment at the southern English seaside, the water was brushing over the loose stony shore over and over, singing a gentle rhythm as I breathed. A relieving stream of thoughts landed in my consciousness: it was the sea that fills up the void in our geo-construction all the way up to the surface of continents, in which we call home. Sometimes the river is the bridge — I echo the motto spoken by Olafur Eliasson — what seemingly separates us, in effect, connects us.