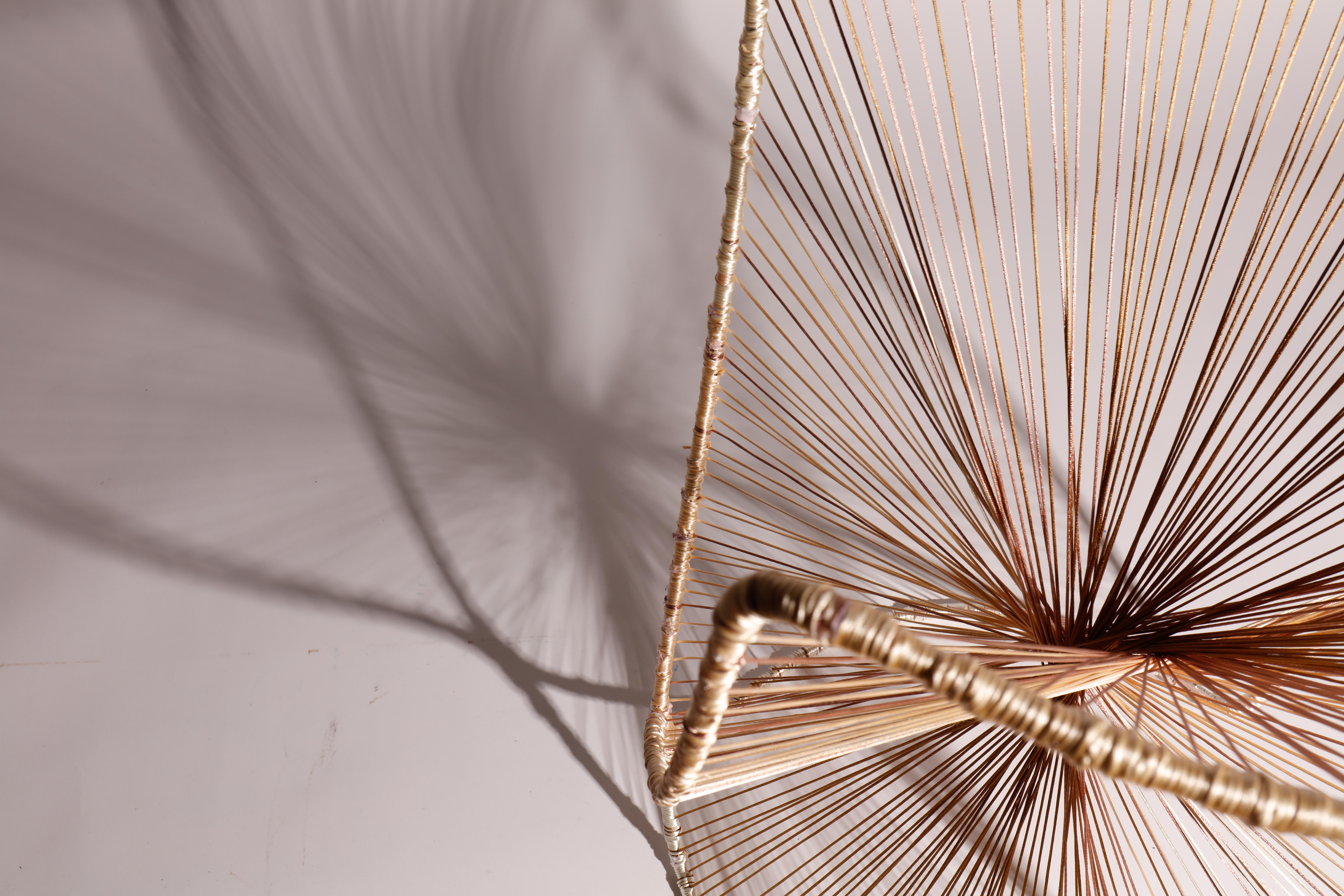 The Lightcone chair is a piece of design produced in my superposition state of art and physics.

The artist’s side resembles the playful, novelty-seeking part of my personality, whereas on the opposite side, my physicist’s brain keeps my rationality and chaos in balance. It was the marriage of my two brains since my Master’s course in Innovation Design Engeering started at the Royal College of Art and Imperial College London. Despite of the clashes and fluctuations they often run into, these two were able to come to an agreement on one subject — the universal beauty: symmetry. There is an undeniable common ground between artists and physicists; that is their obsession with beauty.

The skeleton of the chair was made with two times 3-meter stainless steel  rods, mirror-symmetrically shaped with incredibly heavy, yet careful bending work and soldered together to form the abstracted outline of the chair. The supporting strings bound across the stainless steel chaiar frame, twisting into a vortex, forming a double-cone joining at the center, providing two sitting positions from either direction of the opening cone.

​The shape of the chair resembles the visualization of space and time integrated in Einstein’s theory of relativity:  a light cone. The light-cone chair is a furniture piece designed in my superposition state of art and physics.

A light cone is a double-cone centered at single point (called ‘event’) in spacetime. It contains the paths that a flash of light, emanating from a single event and traveling in all directions, would take through spacetime, bounded by the limit set by the speed of light. The upper-cone is called the future light-cone whereas the lower-cone is the past light-cone.

While sitting at the center of the light cone, the perceived trajectories of the past- and future-self all converge to “right here, right now”.  The chair conveys the message of to be living in the present moment.