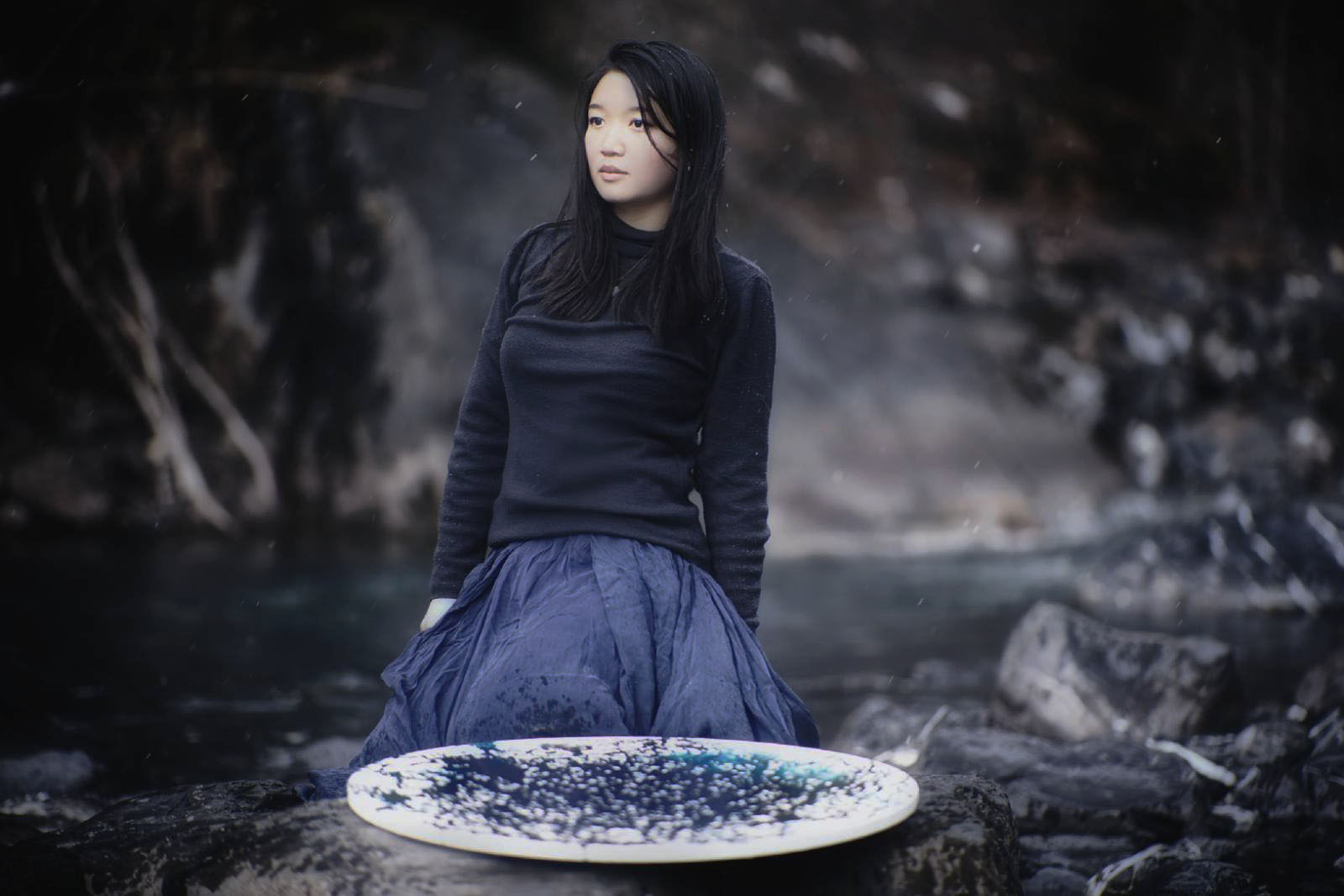 Song of the River

What does the song of the river sound like?
What (her)story does the river tell through the water?
‍What remains in the landscape when glaciers vanish and rivers change their courses?
How can we remember the legacy of the rivers in the changing time of the climate?

In March 2021, the Giffre River in the French Alps had brought together an artist, a filmmaker, and a musician between the UK and Switzerland to create a performance film. Collaboratively, they explored the perceptive complex between humans and nature through rituals, performance, and sound.

The visual performance of the Song of the River is realised by the water element embodied by the artist, the flowing river, the fallen snow, and the ink on the canvas. The music of the performance is then being weaved by the movement and interaction of the water bodies among the performing agents and translated into an audible experience. Rather than letting our eyes be taken away by the human performer, the music guides our attention to integrating humans and nature where the artist blends into the landscape and the river becomes the artwork.

On our online Premiere Event, people from the world to join us for a 30-minute conversation with the creators of the film, including Filmmaker Romain Malandre, and Musician Clement Mawby, to a mind-twisting conversation crossing the topics of Art, Nature, Myths, and Quantum Physics.

Romain Malandre (Geneva, Switzerland)
Romain is the co-founder of igniz marketing, a global communication agency with a presence in Asia, South America and Europe. He believes in harnessing the beauty of art, photography, and videography to promote brands and services. After ten years wandering in six countries, Covid has brought him home to Geneva, Switzerland, in the heart of the magnificent Alps.

‍
Clement Mawby (London, UK)
Clement is a musician/ artist, and quantum mechanic/philosopher based in London while completing his PhD in theoretical physics at Imperial College. He tries to combine the objective nature of the sciences, with the subjective nature of art, to communicate one of the most fundamental parts of each of our universes – experience.

Each river comprises a cluster of tributaries, creeks, and streams, like a symphony of various instruments, creating a harmonious composition of music recalled by nature. The symphony is generative and evolving through planetary and atmospheric movements, amplified by its movements and temperaments.

‍
Rivers are the bloodstreams of the planet that carry water to various places to generate life through small tributaries called the 'headwaters'. These headwaters are like tiny capillaries, continuing to go downhill until they merge into larger tributaries, forming wider rivers and finally meet in the oceans, just like capillaries keep merging until all the blood are transported into larger veins, which delivered the blood to the heart.

Song of the River is an attempt to tell the story of the her-story of Mother Nature through the rivers. Water, the roots of all life, carries the memories of the planet throughout natural history. Climate change, pollutions, agricultural runoff, engineering interventions all threatens our rivers' livelihood, which serves 80% of the world's population, putting biodiversity of 65% of the river habitats, including thousands of aquatic wildlife species, at risk. Healing of the planet shall start in the bloodstreams that carry water throughout the whole planet.